What happend to the others?
While liquidating all our assets Overwatch-2183 tried to find out why the other groups did not show up. After several dead ends, a clue to a remaining asset of one of the smaller groups was found.
Overwatch-2183 went to one of Hurstons bars to locate the contact, who bought the asset. Pretending to be an interested buyer for that asset, they soon made contact. After an initial inspection, it was soon clear, that this asset was one of ours. An old one, but the collected data had parts of our markings and should not be in the hands of that person. At the same time, it did not post any threat, as it was too old.

While with the seller a few people on the other side of the room constantly watched the meeting. They tried their best to hide it, but it was clear they were watching the deal. It wasn’t clear if they were a security measure of the seller or a threat to us.

After concluding the business, without buying the data, Overwatch-2183 left and went to the outer parts of the city, while being followed by two of them. After nearly 2 hours of random train rides, switching platforms and going out on one side of a surface exit and reentering Lorville on the one next to it, Overwatch-2183 grabbed a Dragonfly and drove away. The two were still following, when Overwatch-2183 entered a small settlement and went straight to the bar. It was a crowded place, the audience diverse and rough. You could see that this was a place everyone tried to keep to themselves and not get involved with the affairs of others. Perfect to see how desperate they were to get a hold of Overwatch-2183.

Sitting at a table Overwatch-2183 waited for them to enter.

After a few minutes, Overwatch-2183 could hear weapon fire from outside and some people shouting. Overwatch-2183 went out there to check what was happening, only to see one of them being dragged into a ship and leaving the settlement.

The other one was seen fleeing the scene into the night. Because Overwatch-2183 did not know who the unknown ship belonged to, the one left was the only clue. After nearly 30 minutes of searching and asking people, Overwatch-2183 found him. While he was distracted and didn’t see Overwatch-2183 coming, he got stunned.

The following interrogation was a very one-sided question and answer game. Overwatch-2183 asked and the guy answered, else he got stunned again. Even though he did not know, who hired them to follow Overwatch-2183, he did know who tried to grab him and apprehended the other guy. 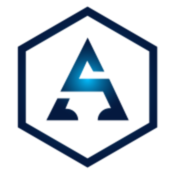 They were called Aesir’s Spear, a highly sophisticated, effective and dangerous mercenary group. It didn’t take long to find out where to locate some of their members.

Upon arrival, it was clear this is their spot, their logo was everywhere. 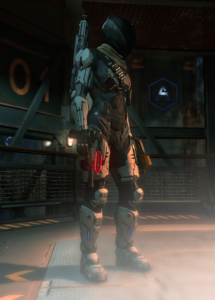 After entering the bar Overwatch-2183 took a seat somewhere in the back, not too hidden but not exposed either. A seat to not look too suspicious, while watching the people coming and going.

Strange conversations fragments popped up and once more Overwatch-2183 was surprised by that in a bar always the same conversations happend about the last hit they made, the last girl they had fun with or the newest ship they named “Fire At Will” or “2naughtee”. It was amusing, an interesting break from the last days, but still it was work what drove Overwatch-2183 here.